There are some clearly identifiable disadvantages associated with playing sports, whether for adults or children. A recent survey by The National Council of Youth Sports discovered that more than 50 million children worldwide participate in sports. Youth sports comprises many different types of sports programs. There are school sports, club sports, recreational sports, and agency-sponsored sports such a small league. Though many athletes enjoy games and have a good experience, there may be some disadvantages as well.

The injury is the most common disadvantage of playing sports. Injuries ranging from sprains, bruises, milder cuts to more severe and debilitating, for example, brain injury, loss of eyesight or hearing and fractures of various bones, are a rising common aspect of group sports. Over many years of competing and training, the body may succumb to early wear and tear which is long-term damage and impairment may occur.

According to research done by The National Center for Sports Safety, more than 4 million children aged 14 years and below are injured playing sports every year. Sports with the highest rate of injuries include the traditional games kids play. Based on this research, football tops the list, with 28 percent of football players being injured over the course of one year, followed by basketball at 25 percent injury rate, then basketball at 22 percent, soccer players at 15 percent and finally softball with 12 percent.

A significant investment of time is required to play a particular sport. Playing the actual game, practicing sessions, traveling to different game venues( some even may require international travel) can result in many hours away from friends or family. This sometimes may cause isolation, intense loneliness and even depression for the athletes.

The unrelenting and intense competition and the lure for big rewards lead to unruly behavior and a spirit of hostility. This forms of aggression include name-calling, swearing and temper tantrums on the field. Additionally, there are severe instances of violence recorded such as bodily harm arising from anger against referees and fellow players. Sometimes even athletes are attacked by disappointed fans.

Young athletes sometimes face pressure which affects their performance. The pressure may come from organizations, coaches, parents and sometimes even from the country. This constant pressure can lead to emotional disturbance, and athletes start engaging in illegal activities such as cheating and drug or alcohol abuse.

Sports specialization means selecting a specific sport and playing that sport entirely throughout the year. At some point, children who want to be perfect in one game may drop other sports at an earlier age. According to Deborah Wuest, physical education professor and Charles Bucher of Ithaca College who was also a physical education professor at New York University, children are forced to specialize in one sport with negative effects. They argue that children should play different games with different challenges and acquire different motor skills. Early specialization may prevent children from building interests outside one sport and abilities.

Another disadvantage of playing sports is dropout and burnout. When children start playing a particular game at a very young age, there is a likelihood that they will begin to lose interest in that specific sport. Bucher and Wuest argue that kids who experience burnout from youth sports are more likely to drop out a particular sport before reaching the peak of their career. This means they will have wasted their time practicing and playing their sport while growing up and eventually they won’t benefit from their hard work.

Not all children have equal opportunities to access sports. Socioeconomic status may limit a child who is interested and can play certain games from getting an opportunity to participate. This happens mostly for sports that focus more on competitive clubs than regularly agency sponsored clubs. Some of these sports include swimming, volleyball, and soccer. Parents who are not financially stable to pay for their children to join will be denied an opportunity to play.

Playing youth sports come with too much emphasis on winning. A research report by The President’s Council on Sports and Physical Fitness shows how the focus on competition hurts children who are participating in sports. They describe the youth sports in the United States as designed by adults to mainly focus on exclusionary and winning preventing the majority of children from starting or continuing to participate in games of their choice. 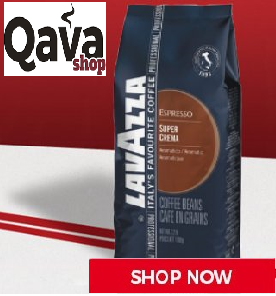